Forty years ago, scientists from 50 nations converged on Geneva to discuss about the “CO2-climate problem.” At the time, with reliance on fossil fuels having helped trigger the 1979 oil crisis, they predicted global warming would eventually become a major environmental challenge.

The scientists got to work, building a strategy on how to attack the problem and laying the groundwork for the Intergovernmental Panel on Climate Change, the world’s preeminent body of climate scientists. Their goal was to get ahead of the problem before it was too late. But after a fast start, the fossil fuel industry, politics and the prioritization of economic growth over planetary health slowed them down.

The IPCC was created to provide policymakers with regular scientific assessments on climate change, its implications, and potential future risks, as well as to put forward adaptation and mitigation options.

Through its assessments, the IPCC determines the state of knowledge on climate change. It identifies where there is an agreement in the scientific community on topics related to climate change, and where further research is needed. The reports are drafted and reviewed in several stages, thus guaranteeing objectivity and transparency.  The IPCC does not conduct its research. IPCC reports are neutral, policy-relevant but not policy-prescriptive.  The assessment reports are a key input into the international negotiations to tackle climate change. Created by the United Nations Environment Program (UN Environment) and the World Meteorological Organization (WMO) in 1988, the IPCC has 195 Member countries. In the same year, the UN General Assembly endorsed the action by WMO and UNEP in jointly establishing the IPCC.

Anthropogenic greenhouse gas emissions have increased since the pre-industrial era, driven largely by economic and population growth, and are now higher than ever. This has led to atmospheric concentrations of carbon dioxide, methane, and nitrous oxide that are unprecedented in at least the last 800,000 years. Their effects, together with those of other anthropogenic drivers, have been detected throughout the climate system and are extremely likely to have been the dominant cause of the observed warming since the mid-20th century.

Carbon dioxide concentrations are rising mostly because of the fossil fuels that people are burning for energy. Fossil fuels like coal and oil contain carbon that plants pulled out of the atmosphere through photosynthesis for many millions of years; we are returning that carbon to the atmosphere in just a few hundred years.

The impacts of climate change on the future global environment would eventually lead to the destruction of natural habitats for thousands of species of plants and animals. The increase in the temperature of oceans would melt ice glaciers, leading to increasing sea levels and cities submerging underwater. The rising sea levels would force millions of people to seek new homes to areas of higher elevations, which will eventually result in greater overcrowding in concentrated areas of land.

The U.S. Environmental Protection Agency (EPA) has been working to reduce methane emissions from solid waste landfills, and educate others about the importance of their efforts. Enesta Jones of the EPA writes, “Climate change impacts threaten our health—by exposing us to extreme heatwaves, degraded air quality, and diseases spread through food, water, and insects—and they threaten our economy—by increasing insurance premiums and food prices, and damaging our infrastructure and ecosystems. The most vulnerable among us—including children, older adults, people with preexisting medical conditions, and people living in poverty—are most at risk from the impacts of climate change”

What should be done?

Switching from petroleum-based plastics to biodegradable products that are biologically based could decrease carbon emissions by hundreds of millions of tons every year.

Biodegradable products are better for the environment for the following reasons: 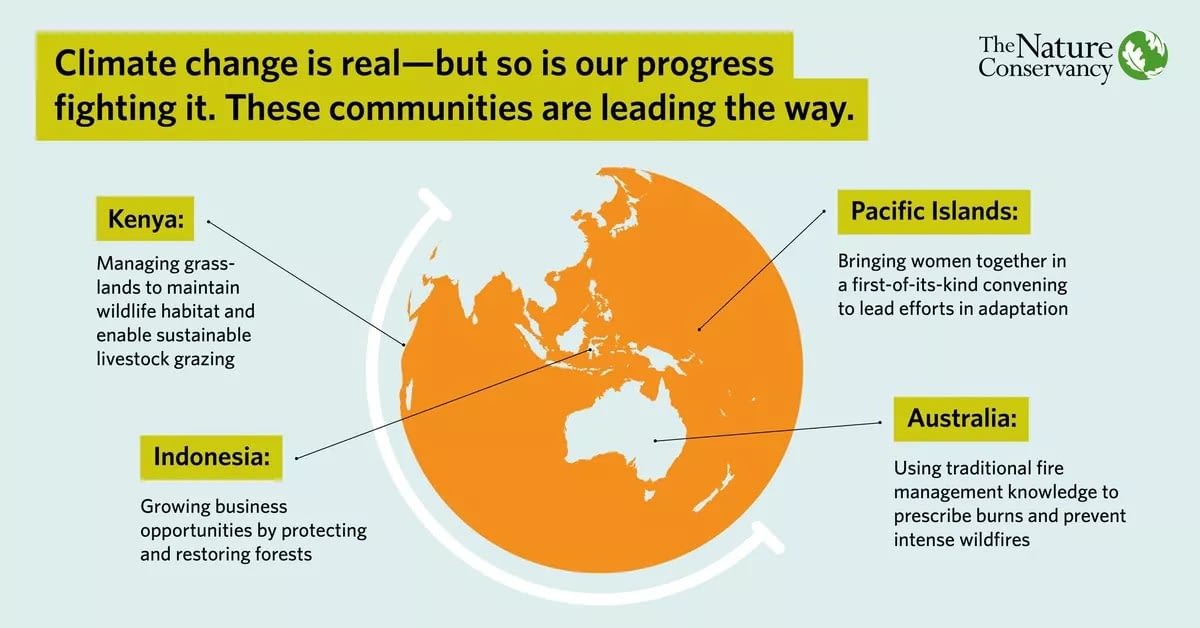 Article Name
CO2 Climate change issue
Description
The scientists got to work, building a strategy on how to attack the problem and laying the groundwork for the Intergovernmental Panel on Climate Change, the world’s preeminent body of climate scientists. Their goal was to get ahead of the problem before it was too late. But after a fast start, the fossil fuel industry, politics and the prioritization of economic growth over planetary health slowed them down.
Author
Bloomberg
Publisher Name
Bloomberg
Publisher Logo

You are our priority, we will strive to make you happy and respond to all customer service messages 7 days a week. Write us to admin@ecofworld.com